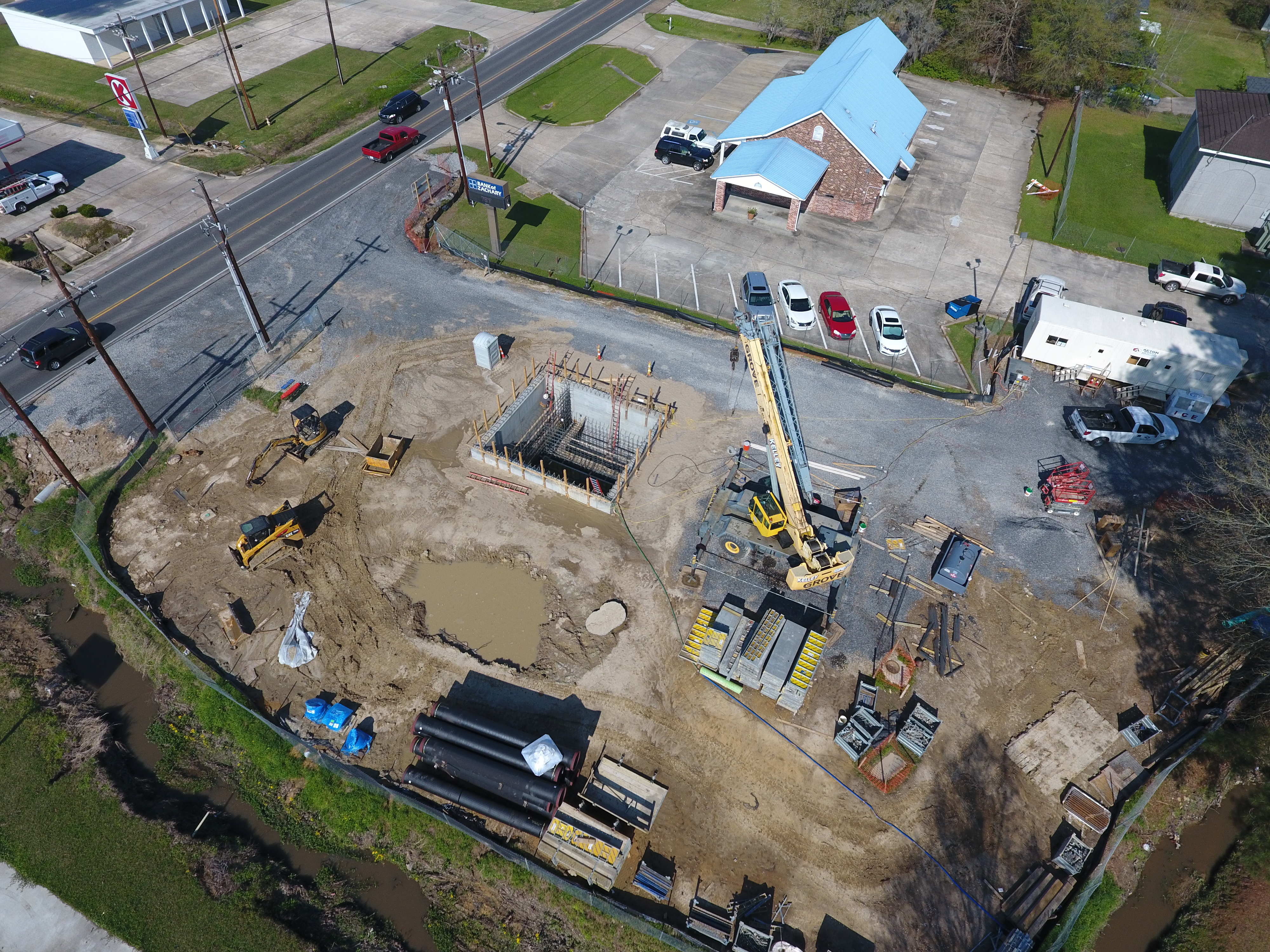 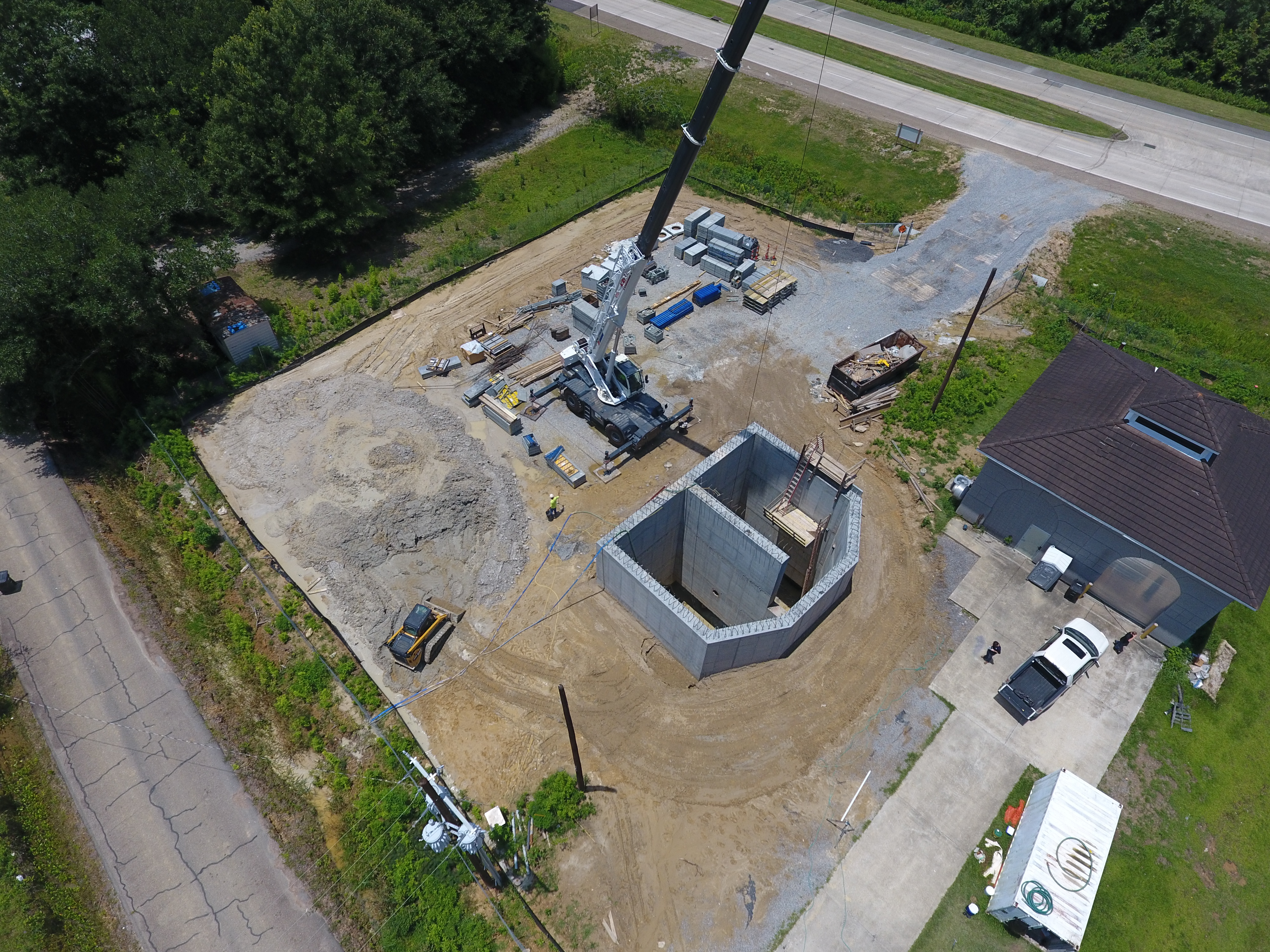 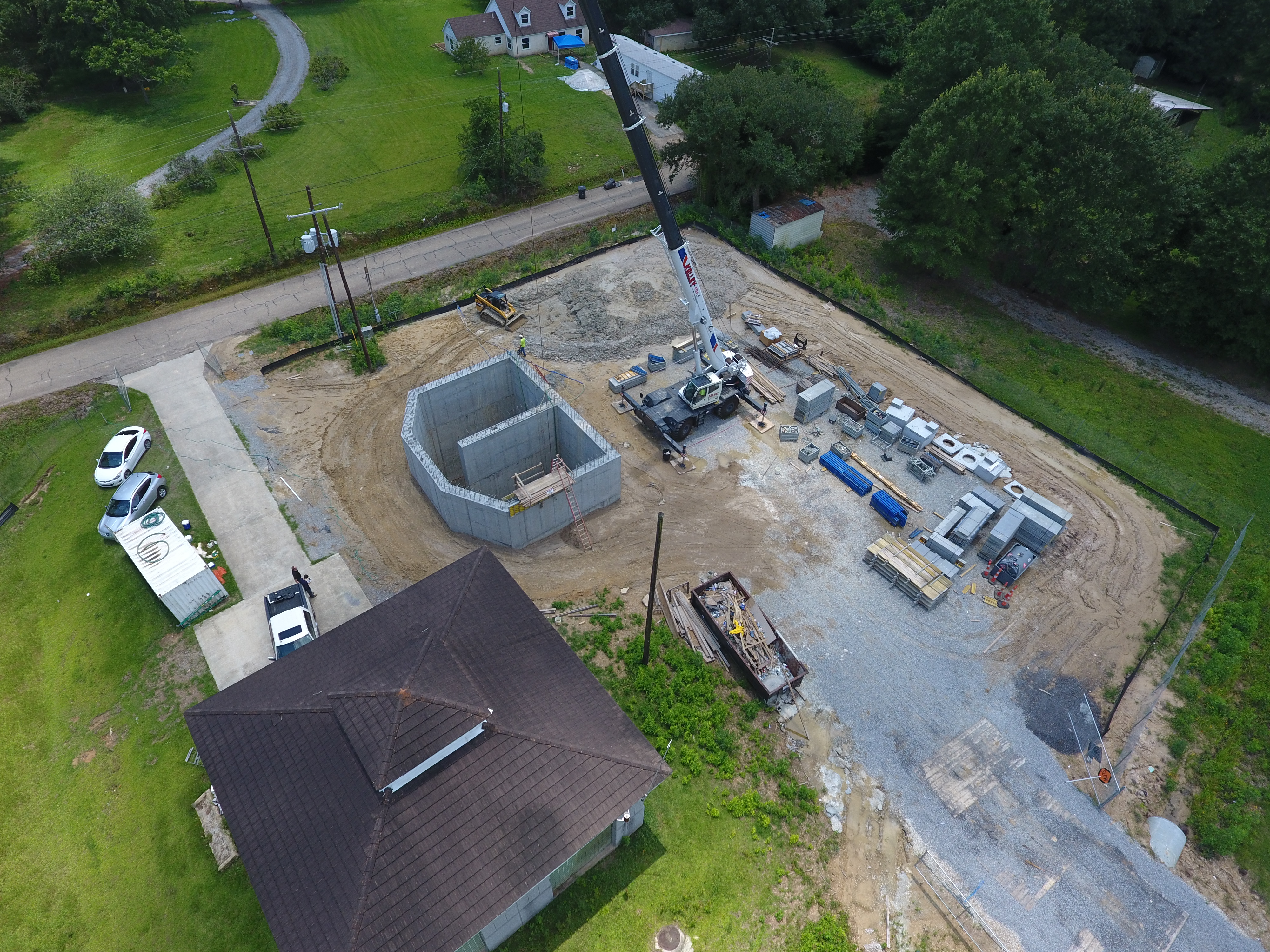 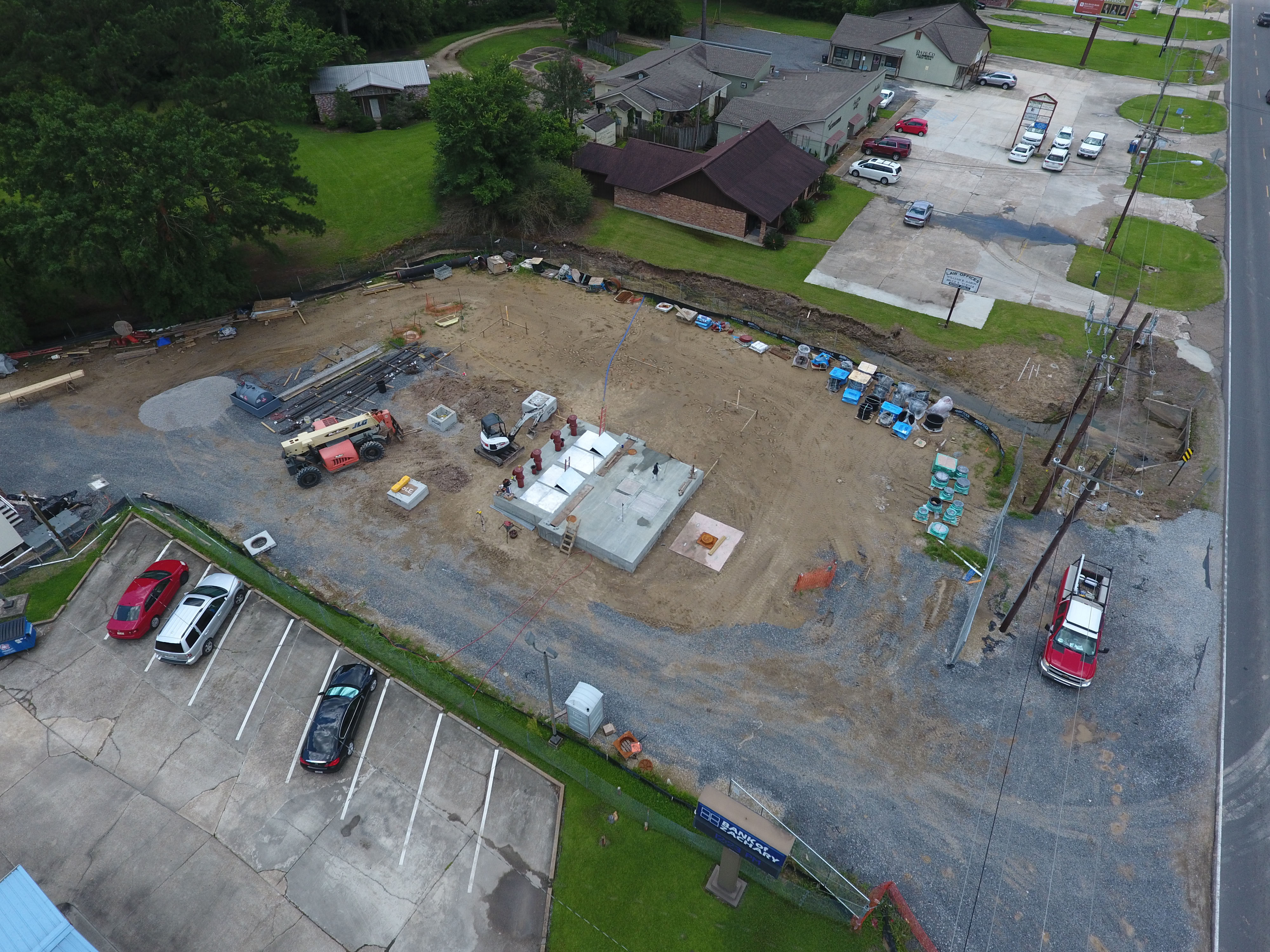 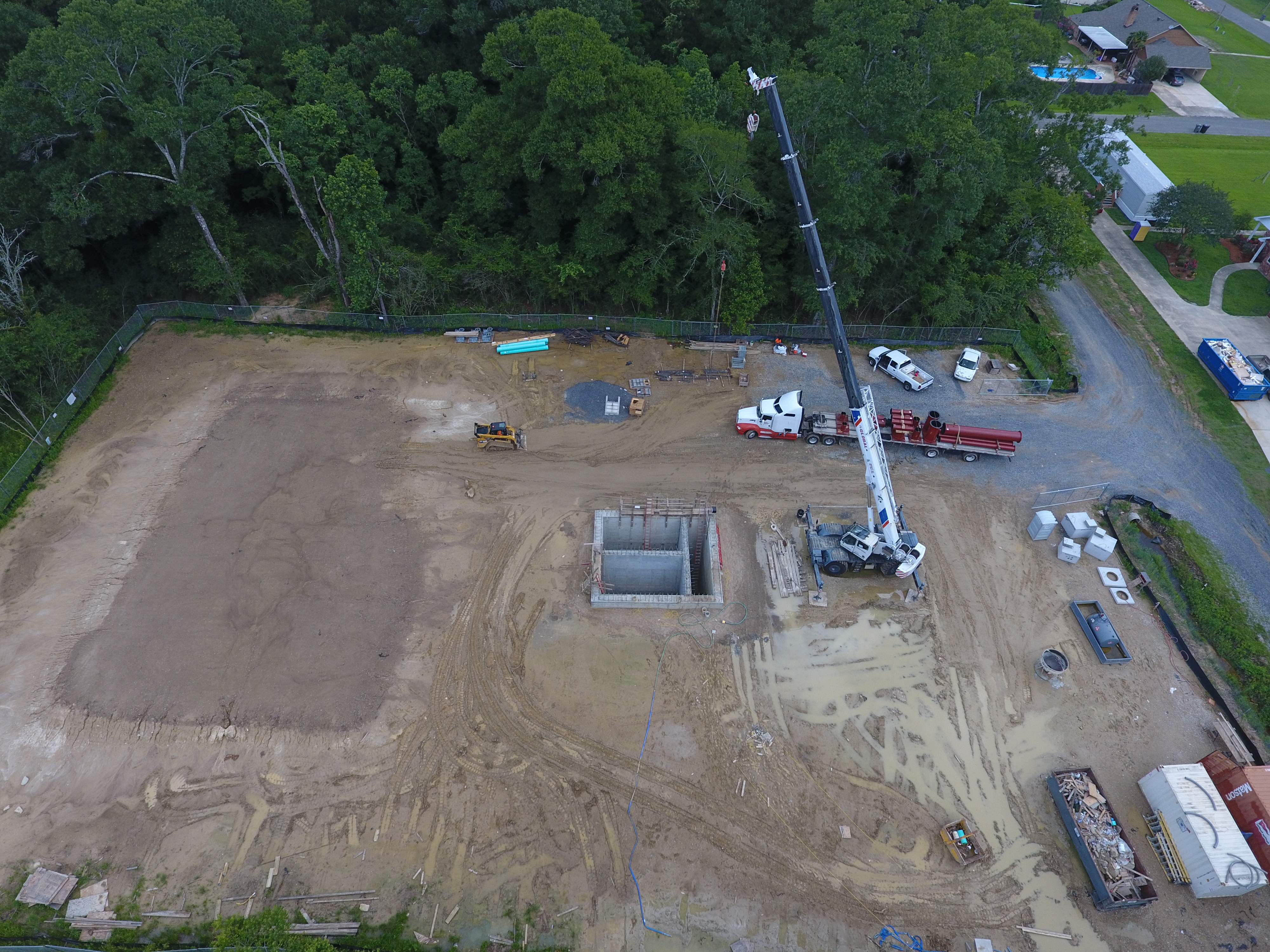 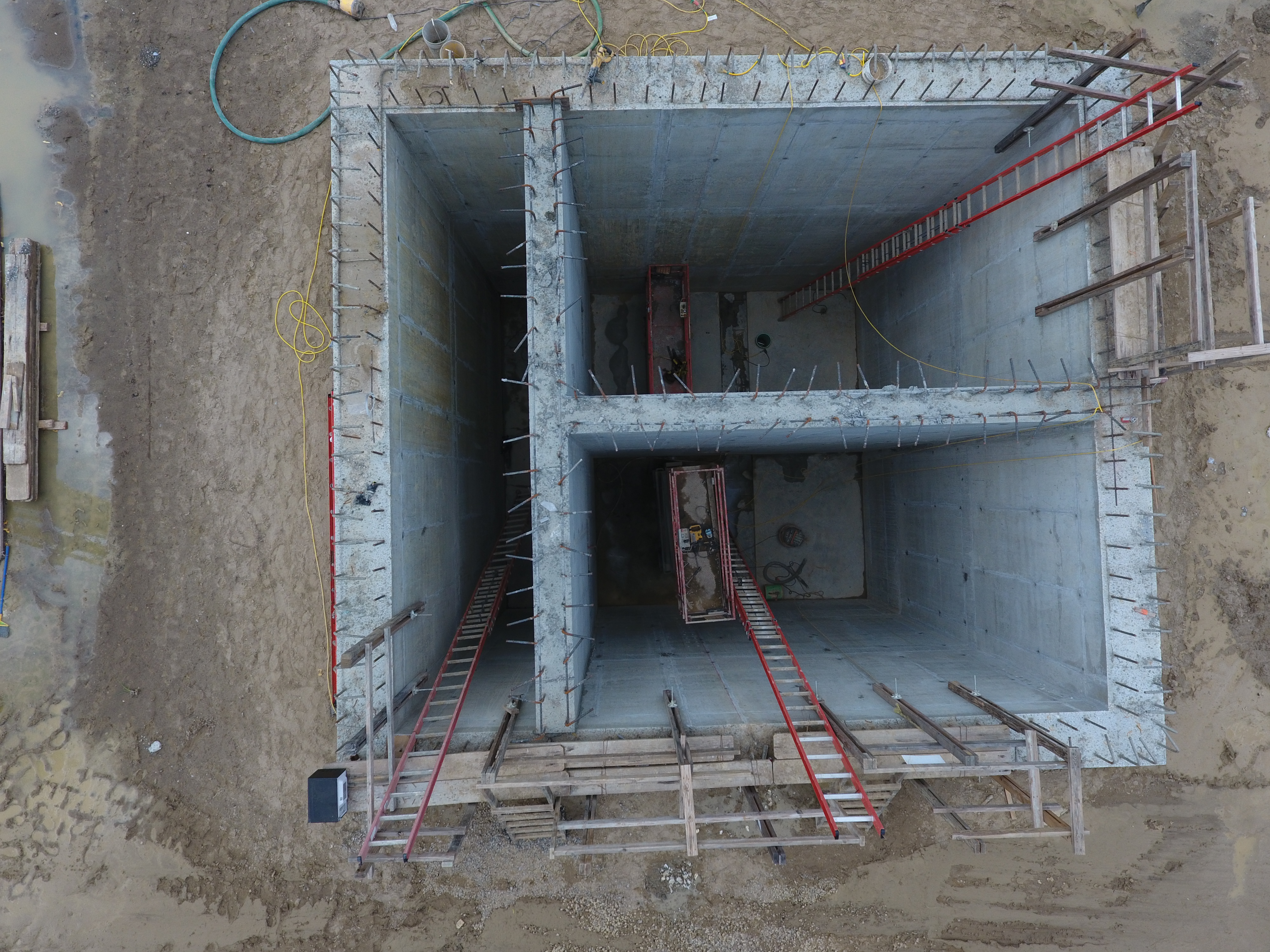 The pump stations (PS 509, 510AA and 511) were redesigned to be constructed via the sinking caisson procedure. This change in construction technique from the originally designed option required a complete redesign of the pump stations’ structural elements. Each pump station was initially cast with only the perimeter walls in place at the existing grade on site. Once the walls were cast and cured the soil interior of the pump station was excavated allowing the structure lower to the desired elevation. Finally, a plug slab was placed at the bottom of the excavation cutting off groundwater. Once those steps were complete the pump station could be finished in the normal construction manner.